Who Gets The Jingle?

Morning DJ's at WOR radio in New York City were curious about the Cellino & Barnes break up and who would be getting the jingle. This short over the phone interview with, Ken Kaufman was a result.

Buffalo, NY---August 21, 2019----Throughout New York and into Canada, Ken Kaufman is renown as the creative talent behind hundreds of custom-produced jingles under the banner of his AdSongs Company. Across America, he is unofficially known as, “Mr. Jingle,” for the snappy songs he’s created for national clients such as Cellino and Barnes, whose Kaufman-crafted music was recently described by Vox Media as, “The best known local jingle in America” after being parodied on Saturday Night Live and written about in Atlantic Monthly Magazine. Yet according to this jingle genius, the time has come to reimagine his successful AdSongs career.

“I’ve decided to return to working as more of an independent artist,” Kaufman stated. “To do that I have amicably ended my thirty-year exclusive relationship with WBEN/Entercom/Radio One Communications and am now working with all radio and TV stations, as well as ad agencies. Where my process will differ is that I am partnering with a stable of talented local writers who I will tap as needed, ultimately presenting three or more versions of a jingle to every client. The business owner will then have the pleasure of choosing the one they like the best, giving them a greater role in creating their company’s advertising. I envision it as a creative and effective way to deliver a high-quality product for the client while collaborating with some of the many talented songwriters in this community.”

In addition to writing jingles, Kaufman has used his talents to create two feature film scores and an Emmy Award Winning Documentary. He has also played as the organist for The Buffalo Sabres and The Toronto Blue Jays and regularly performs as an in-demand keyboardist in the Buffalo music and recording scene. Yet as this music man notes, an unpublished work is what has most strongly fueled his passion throughout his career.
“In 1970, I left the Eastman School of Music to join the band called, The Road,” Kaufman said. “At the same time, I started writing a Sci-Fi rock opera titled, ‘Tuley and Mary.’ It’s a very intense piece of music that I continue to work on today. Aside from my wife and my family, it’s the most important focus of my life. And that’s the thing about music. Whether I’m writing a jingle or a rock opera, I’ve discovered music is the fountain of youth and I plan on continuing as long as I can sit at a piano.”

Ken Kaufman, is the owner and creative force of AdSongs, a business that produces custom jingles for advertising campaigns. Kaufman’s jingle-writing career began in 1980 when, after leaving the Eastman School of Music to join a band, he was hired by a local ad agency for his songwriting and piano playing talents. He was given the assignment to create a jingle, defined as, “a minute-long song,” and from that point Kaufman’s career path was set.
In 1987 he formed AdSongs and also began an exclusive advertising relationship with WBEN Radio/Entercom/Radio One Communications. Some of the companies that have been defined by AdSong Jingles include Cellino and Barnes, UB Football, The Buffalo Zoo, Channel 2 WGRZ TV Daybreak Theme, Ch 7 WKBW TV Theme and West Herr Automotive Group, to name just a few of the hundreds of Kaufman clients.

​Kaufman’s career performance highlights include keyboardist for the iconic WNY Band, The Road, as well as his 20-year career as the Buffalo Sabres Game Organist and three years as the game organist for The Toronto Blue Jays. He also wrote the score for the Patrick Duffy Movie, “Vamping” and continues to work on a sci-fi rock opera he has titled, “Tuley and Mary.”

Connections: Ken Kaufman on the art of the jingle  By Evan Dawson & Megan Mack 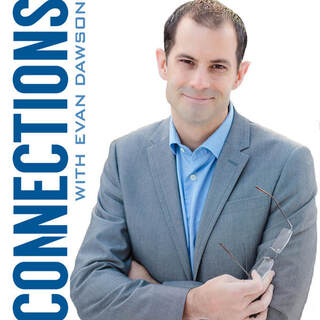 ​
Click the link below to hear Ken Kaufman discuss with Evan Dawson the art of the jingle.
www.wxxinews.org/post/connections-ken-kaufman-art-jingle

Press Through The Years 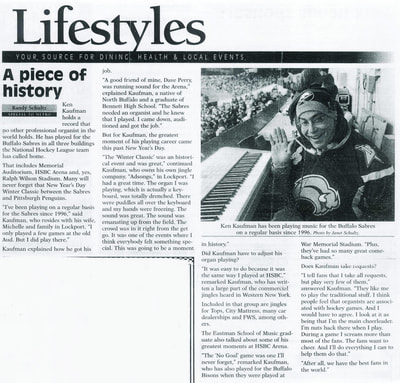 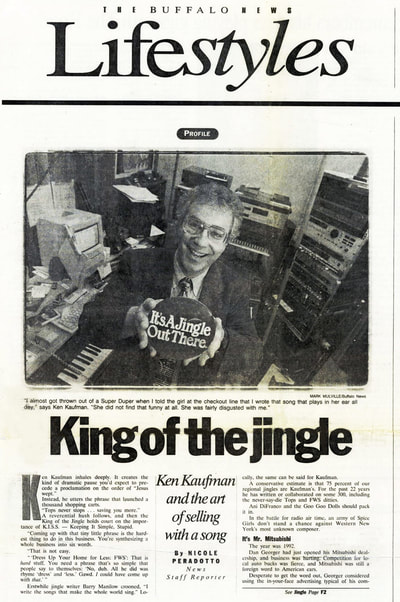 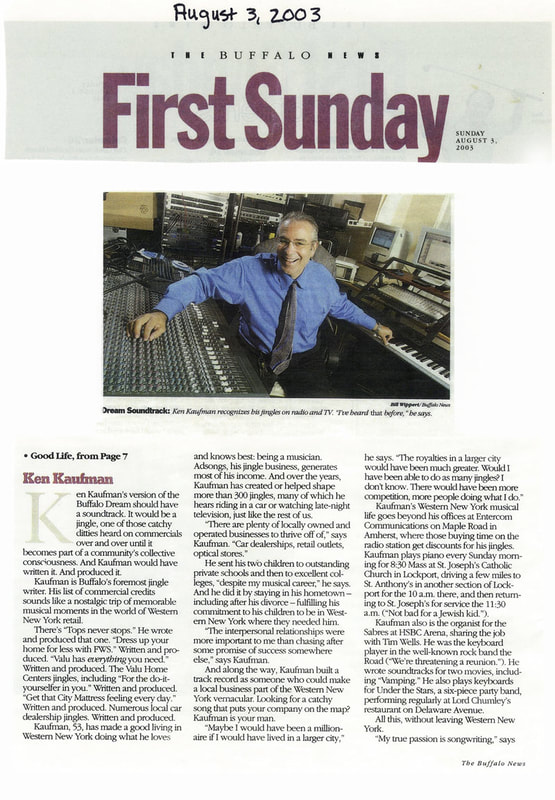